General Suggestion - Full working redesign of SCP 106, by me 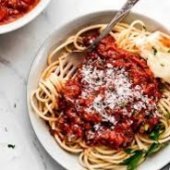 By Regr3tti,
June 15 in Suggestions